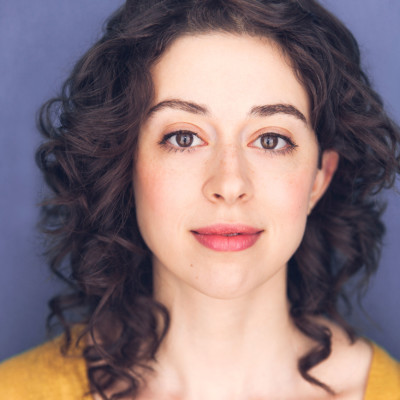 Adina Verson is an actor based in New York City. She most notably originated the role of Rifkele in Paula Vogel and Rebecca Taichman's Tony Award winning play, Indecent. Other New York credits include Collective Rage: A Play in 5 Betties at MCC, The Lucky Ones at Ars Nova, which earned her a Lortel nomination for Outstanding Featured Actress in a Musical, and Christopher Bayes' The Servant of Two Masters at Theatre for a New Audience. She has had the pleasure of working regionally at The Guthrie, Seattle Rep, La Jolla Playhouse, Yale Rep, New York Stage and Film, Shakespeare Theatre Company DC, Barrington Stage, and the Cincinnati Playhouse. Adina has created work with her theatre company, OldSoundRoom, that has appeared internationally in Amsterdam, Cape Town, and the National Arts Festival of South Africa. On television she has been seen as the ghost of Nannerl Mozart on Mozart in the Jungle and Miriam Setrakian on The Strain. Adina received her BFA in Musical Theatre from The Boston Conservatory and her MFA in Acting from the Yale School of Drama. www.adinaverson.com