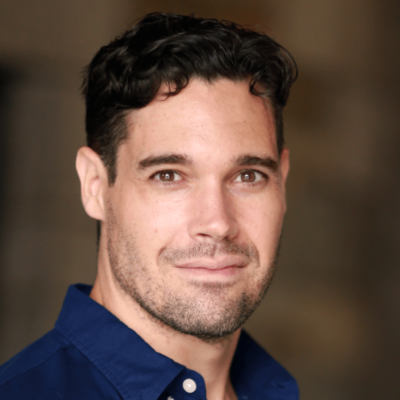 Matthew made his Broadway debut in The Judas Kiss, stark-naked shaking hands with Liam Neeson. His other, fully-clothed Broadway credits include Cliff in Cabaret at Studio 54, Seminar opposite Alan Rickman, and The Real Thing, in both the Tony Award® winning 2000 revival starring Stephen Dillane and Jennifer Ehle, and the 2014 revival with Ewan McGregor and Maggie Gyllenhaal. Matthew also played Sir Lance-a-lot, the French Taunter, Tim the Enchanter, and the Knight Who Says ‘Ni’ in the First National Tour of Monty Python’s Spamalot, directed by Mike Nichols.

Off-Broadway, Matthew’s work includes: Orsino in Twelfth Night at TFANA (co-production: The Acting Company/Delaware REP) , Hit the Wall at Barrow Street Theatre; Love, Love, Love, Dinner With Friends, If There Is I Haven’t Found It Yet with Jake Gyllenhaal and Brían O’Byrne, and Suddenly Last Summer with Blythe Danner and Carla Gugino, all for Roundabout Theatre Company; The Duchess of Malfi at Red Bull Theater; Ancestral Voices and A Fair Country at Lincoln Center Theater; and A Mother, a Daughter, and a Gun opposite Veanne Cox and Olympia Dukakis.

Matthew’s recent regional theatre work includes Athos in The Three Musketeers (SALT Award: Best Supporting Actor in a Play) and Sherlock Holmes in Baskerville: A Sherlock Holmes Mystery, both at Syracuse Stage; Taking Steps at Barrington Stage Co.; Bedroom Farce, And a Nightingale Sang, and Things We Do for Love at Westport Country Playhouse. The Guthrie Theater highlighted Matthew’s versatility in four diverse roles: Oscar Wilde in The Secret Fall of Constance Wilde, Claudius in Hamlet, Biff in Death of a Salesman (which also ran at the Gaiety Theatre in Dublin, Ireland), and Mr. Darcy in Pride & Prejudice. He has performed at an extensive list of regional theatres, including Center Stage, PlayMaker’s Rep, Ogunquit Playhouse, St. Louis MUNY, San Jose Repertory, Shakespeare on the Sound, Hartford TheaterWorks, Phoenix Theatre Co., Yale Repertory, and The Shakespeare Theatre in Washington DC. Matthew is also an alumnus of The Acting Company, having toured in Henry V and Much Ado About Nothing.

Matthew’s television credits include “Prodigal Son” on FOX, NBC’s “The Enemy Within,” and CBS’s “Guiding Light.”

For the Convergent Theatre Company, Matthew directed the first New York revival of John Logan’s Never the Sinner and served as dialect coach on The Cripple of Inishmaan and Major Barbara.

As a musician, Matthew has gigged with a variety of artists, from glam-rockers at CBGB to big-band crooners at Joe’s Pub to a Country Music Awards meets Broadway crossover at Jazz at Lincoln Center.

Matthew was awarded the Presidential Scholar in the Arts Medal, holds a BFA from The Juilliard School Drama Division, coaches actors privately for auditions and dialects, and has guest-taught at Fordham University and SFNY. He lives in Brooklyn with his wife, actress and member of The Actors Center Christina Rouner, their two teenage children, a dog, a rat, and a tortoise.