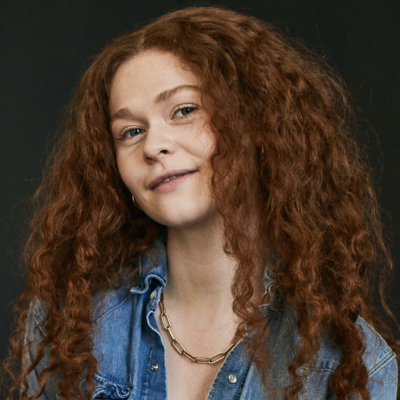 Off-Broadway credits include; Lily in “The Dead”, Mollser in “Plough And The Stars,” Minnie Powell in “Shadow of a Gunman,” and Pert in “London Assurance” at the Irish Repertory Theater.

Jailers Daughter in ‘Two Noble Kinsman’ and Perdita in “Winters Tale” with The Drilling Company at Shakespeare in The Parking Lot.

Originated the role of Cathleen Mullin in the world premiere of “Thirst” at Dorset Theater Festival opposite company Member Kathy McCafferty, directed by Theresa Rebeck.

Film/TV Credits include; Rose in Archive 81, Ciara in The Parting Glass opposite company member Stephanie Kurtzuba and Jackie in the upcoming film Inappropriate Behavior opposite Bobby Cannavale starring Robert Deniro.

She is also a writer and spoken word artist and has work published in Insight Magazine. She has performed her work with the American Irish Writers Association, Restless open Mic, the Harlem Bomb Shelter and the Nuyorican Poets Cafe.  She is a very grateful member of the Actors Center.