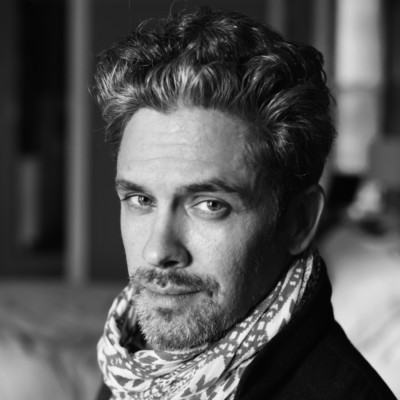 Neal Bledsoe is an actor, writer, director, artist, and journalist. On TV his credits include Shameless, The Man in the High Castle, The Last Tycoon, The Mysteries of Laura, Smash, Ironside, Timeless, Ugly Betty, and many more. On the big screen, he most recently starred in the western Soldier’s Heart opposite Val Kilmer, and along with turns in Revolutionary Road and Sex and the City 2, has won several awards for his work in independent features, such as Junction, West End and After The Sun Fell. On stage he starred in Michael Arden’s production of The Pride at The Wallis Annenberg (Ovation nom.), he originated the role of The Count in Stephen Wadsworth’s The Figaro Plays at the McCarter Theater, played the title role in Antony and Cleopatra at Penn Shakes, and worked with Jeremy Irons, Joan Allen, Andre De Shields, Marsha Mason and Jack O’Brien on Broadway in Impressionism. He is also a sports journalist. Since 2014, he has been a contributor to Sports Illustrated’s MMQB. His series The Delicate Moron chronicles his attempt to play pro football for the LA KISS, the now defunct Arena League team once owned by Paul Stanley and Gene Simmons. As an artist he has collaborated with Jon Kessler on his work The Web in New York City and Basel, Switzerland, and also with the avant garde artist Mark Flood in Austin, TX. He is also a filmmaker, author, poet, plays the occasional Christmas Prince, and was once even an Old Spice man. He is a proud graduate of UNCSA’s school of drama (BFA ’05) and member of The Actors Center.