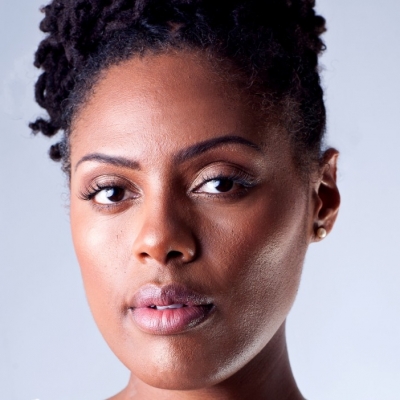 Hailed by Variety as “thoroughly convincing,” Los Angeles-born, OBIE Award-winning actress and writer Nikkole Salter arrived onto the professional scene with her co-authorship and co-performance (with Danai Gurira) of the Pulitzer Prize nominated play, In the Continuum, for which she received an OBIE Award, and the NY Outer Critics Circle's John Gassner Award for Best New American Play, the Seldes-Kanin fellowship from the Theatre Hall of Fame, and the Global Tolerance Award from the Friends of the United Nations to name a few.

As an actress, Ms. Salter has received an Independent Reviewers of New England (IRNE) award nomination for Best Actress for her performance in TONY winner Kenny Leon's production of Stick Fly co-produced by Arena Stage (Washington, DC) and the Huntington Theatre (Boston), starred in the role of 'Cookie' in the West Coast Premiere of OSCAR winner Tarell McCraney's latest play Head of Passes at Berkeley Repertory Theatre (dir. Tina Landau), was featured in Harold Jackson, III's independent film Last Night, (winner of the Audience Award for Best Film and the Grand Jury Prize for best Screenplay in the 2015 American Black Film Festival), starred as Lady Macbeth in TONY-nominated Liesl Tommy's controversial production of Macbeth at the Shakespeare Theatre in Washington, DC, and has most recently cast in a recurring role in Forest Whitaker's new series, Godfather of Harlem.

Ms. Salter is an active member of the Actors Equity Association, the Screen Actors Guild/American Federation of Television and Radio Artists, and The Actors Center; and sits on the board of the Theatre Communications Group and on the Council of the Dramatists Guild. She received her BFA in theatre from Howard University and her MFA from New York University's Graduate Acting Program.