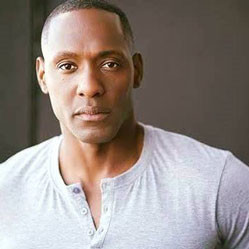 Actor based in New York City. Notable Television credits include Netflix original series Marvel’s Jessica Jones, Unforgettable (A+E). Theatre: Hamlet featuring Academy Award nominee Paul Giamatti; Yale Repertory Theatre, Pericles, Prince of Tyre and Julius Caesar; Elm Shakespeare Company, Pecong featuring Tony Award winner Lillias White; National Black Theatre of Harlem, Othello, Angels in America among many others. As a Film Producer & Screenwriter: Paul’s debut short film Come Out, Come Out had its World Premiere at The Cannes Film Festival 2017, and his follow up short films, of which he wrote, produced, co-directed, and acted in; The Deliverer and Between Us have been screened at multiple festivals around the world in 2018. His feature length screenplay for The Deliverer was a shortlisted finalist at the 2017 Sundance Institute Screenwriters Lab, a quarterfinalist at the 2018 PAGE International Screenwriting Awards, and a second-round selection at both the Academy Nicholls Fellowship and Austin Film Festival Screenplay competitions. Paul was formerly a co-artistic director of a nonprofit theatre and arts education company based in Trinidad dedicated to producing Caribbean theatre and art programs to underserved communities. As an Educator, Paul has taught at The Yale School of Art, New York University Tisch School of the Arts, Massachusetts Institute of Technology (MIT) Music & Theatre department, Amherst College, New York Film Academy, HB Studios, University of Puerto Rico; Mayaguez Campus and University of Trinidad and Tobago; Academy of Performing Arts. He is on the Artistic council of HB Studios and is a proud member of the National Alliance of Action Teachers. He has earned an M.F.A. in Acting from the Yale School of Drama. Paul was born and raised in Trinidad and Tobago.