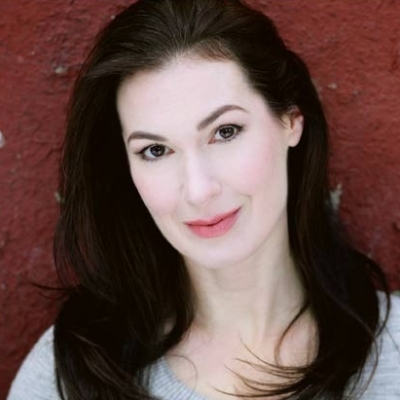 Rose Courtney is an actress and playwright who received her training at Vassar College, RADA, and the Eugene O’Neill Center’s National Theatre Institute. She was an original member of Project 400 Theater Group, with whom she collaborated on many original pieces, all directed by Diane Paulus.

Rose's first play, MET, was staged at Circle Rep Lab, under the direction of Peg Denithorne. She is the author of the vaudeville play CYCLE, for which she also created original music with composer/multi-instrumentalist Rachel Kaufman. CYCLE, which premiered at the Cherry Lane Theatre with Craig Carlisle as director, was honored as a finalist in the New Works of Merit Playwriting Contest and received a Field Artist Residency grant from The Field. Rose’s stage adaptation of Babette’s Feast, directed by Karin Coonrod, had its world premiere at Portland Stage Company followed by an Off-Broadway run at the Theater at St. Clement's. Her comedy writing has been performed at Caroline's, The Improv, Stand-Up New York, and The Duplex.

As a performer, Rose has appeared in New York and regionally in plays by authors as diverse as Shakespeare, Coward, Chekov, Ionesco, Ibsen, Horton Foote, Paddy Chayefsky, and Deborah Brevoort. She has danced for choreographers Karole Armitage, Victoria Labalme, and aerialist Laura Sheehy, and has occasionally sung a song. On television, she played recurring roles on As the World Turns, Guiding Light and Ghost Stories. She has also appeared in English and French language films by directors including Frank Oz, Alexander Olch, and Farouk Thoyer.

Rose is the founder of the theater production company Wiltsie Bridge Productions. Its most recent project is the world premiere of Evan Brenner’s one man show, The Buddha Play, which the Boston Globe called, ”Riveting…shows the Buddha to be a complex and very mortal individual” and which was originally presented in Los Angeles starring John C. Reilly.

Rose is a member of The Actors Center and the Dramatists Guild. She lives in her native New York City.