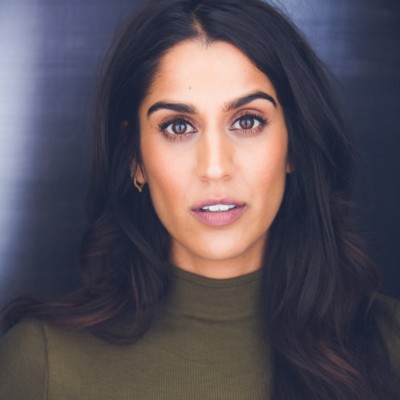 Sohina Sidhu (she/her): is an actor and teaching artist originally from California. While at the Yale School of Drama, she has been seen in YELL, Kiss (Yale Repertory Theatre), Much Ado About Nothing, Death of Yazdgerd, The Seagull, and The Tempest among others. She conceived and directed The Red Tent at Yale Cabaret, directed NOVIOS pt. 1 at the Yale Cabaret, and appeared in The Trojan Women at Yale Summer Cabaret. Other credits include The Seagull, Caenis (Pace Gallery NYC). Television credits include Evil (CBS), FBI (CBS), Endgame (NBC), Little Voice (Apple TV +), and Prodigal Son (Fx); Film credits include: The Society (short), DATING in New York (IFC Feature). Sohina Sidhu holds degrees in Acting from University of Southern California School of Drama and Film from USC’s School of Cinematic Arts; and an MFA in Acting from the Yale School of Drama 2019. She is a co-founder of Encompass Collective and is also a birth doula.