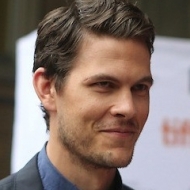 On the small screen, Tom was most recently seen starring on Showtime in Billions. Other television credits include Divorce for HBO, The Knick for Cinemax, Madoff mini-series for ABC and Suits for USA among others.

On stage, Tom was last seen in Christopher Shinn’s Picked at the Vineyard Theater. As a member of the Flea Theatre’s resident company of ‘Bats’, he performed in numerous plays including A.R. Gurney’s Light Lunch.

Tom is a Boston native, a graduate of Brown University and an Actors Center member since 2017.