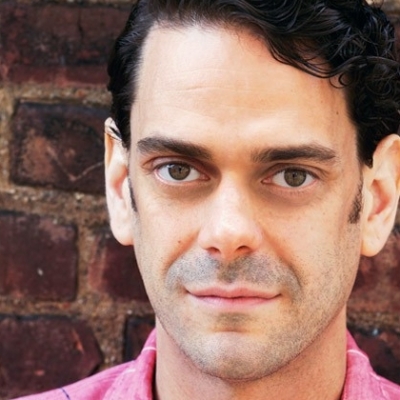 David Skeist is a multi-disciplinary theatre artist based in Brooklyn, NY. He is the Producing Director of Caborca, a bilingual experimental theatre company under the Artistic Direction of Javier Antonio González, and he has appeared as an actor in many of the company’s productions, including Distant Star adapted from the novel by Roberto Bolaño (Abrons Arts Center), Hamlet (Jersey City Theatre Center), Zoetrope (Pregones), and the feature film The Entitlement for which he also wrote music and co-produced. David has worked as an actor for legendary theatre makers Elizabeth Swados, Richard Foreman, David Gordon, Len Jenkin, Adam Rapp, and Niky Wolcz, as well as many of his contemporaries who are redefining theatrical practices for the present moment including González, Doris Mirescu, Meiyin Wang, Shira Milikowsky, and Stolen Chair Theatre. He played the title role in episode 1, “Rat Man” of Graham Sack’s virtual reality series The Interpretation of Dreams, and has appeared in several independent films and episodic TV shows. He is the Director and Dramaturg of Susan Hyon’s ongoing solo performance Soo Jin Pretty Nail (and more).

David is also a composer of theatrical choral music, and his work has been featured in classical and experimental productions by Swados, Wolcz, Kristin Linklater, and the companies M-34 and Cloud of Fools as well as Caborca. His choral setting of Timothy Donnelly’s celebrated long poem about extinction, Hymn to Life, has been in development with director James Rutherford and choreographer Laura Butler Rivera since 2015. David has been on the faculty of Columbia University and New York Conservatory for Dramatic Arts and has taught workshops in New York and Romania. He holds a Masters Degree in Acting from Columbia University, where he studied under Wolcz, Linklater, Andrei Serban, and Anne Bogart among others. He is an alumnus of the Public Theater Shakespeare Lab.