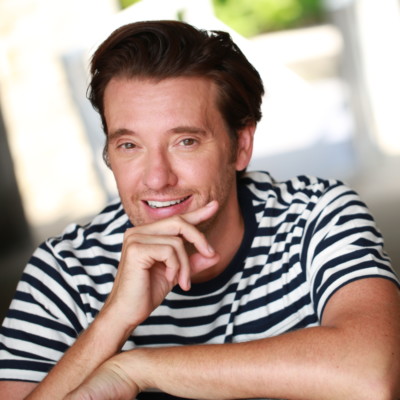 Jason Butler Harner is likely most known for his haunting turn as Agent Roy Petty on the celebrated Netflix series Ozark. Other televise work includes Handmaids Tale, The Walking Dead, NEXT, Homeland, Ray Donovan, Scandal, etc. He was last  on Broadway opposite Janet McTeer in the world premiere of Bernhard/Hamlet, having previously appeared in Ivo van Hove’s galvanizing revival of The Crucible. Harner also appeared as Ivan Turgenev, aging 45 years, in the multi-Tony award winning trilogy The Coast of Utopia by Tom Stoppard. He has performed with the Roundabout in The Paris Letter and Juno and the Paycock, as well as in numerous off-Broadway productions for which he has garnered an OBIE Award and multiple Drama Desk nominations. Memorable productions include The Village Bike (MCC), Cock (The Duke), Hedda Gabler (New York Theatre Workshop), Through A Glass Darkly (Atlantic Theatre), The Ruby Sunrise (The Public), An Experiment With An Air Pump (MTC), Macbeth (The Public), Crimes Of The Heart (Second Stage), Observe The Sons Of Ulster (Lincoln Center), Five Flights (Rattlestick) and Orange Flower Water (Edge Theatre). He has appeared in the West End at the Donmar Warehouse in Lanford Wilson’s Serenading Louis and across this country in The Glass Menagerie (with Sally Field at the Kennedy Center), the American premiere of The Invention Of Love (with James Cromwell at ACT), The Cherry Orchard (with Annette Bening, Alfred Molina, and Sarah Paulson at the Taper), Long Days Journey Into Night (ACT) and Hamlet (Dallas Theatre Center). Harner’s major film debut came as Gordon Northcott Jr in Clint Eastwood’s Oscar-nominated Changeling. Other film work includes Blackhat, Non-Stop, The Taking Of Pelham 1 2 3 and The Extra Man. Independent films include Sundance favorite Letters From The Big Man (with Lily Rabe), The Green (for which he won many film festival awards), and The Family Fang, directed by Jason Bateman, and the festival hits The Big Bend, and Elevate. He resides in Los Angeles.