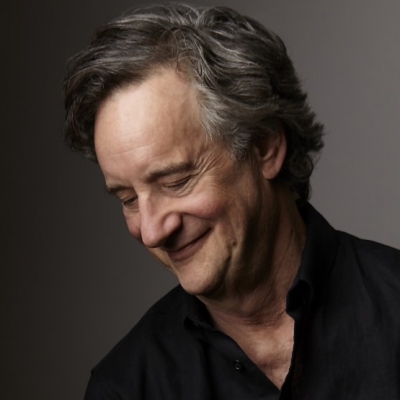 John Rothman has worked steadily on stage, screen, and television for forty years. A graduate of the Yale School of Drama, he has appeared on Broadway, Off-Broadway, and in many regional theaters, in plays directed by such illustrious directors as Mike Nichols, Michael Blakemore and Trevor Nunn, to name three. He is especially proud of his work with playwright and director Richard Nelson and has appeared in four of his plays.

As a young actor, John wrote and starred in the Off-Broadway hit The Impossible H.L. Mencken, which was praised by The New Yorker as "the strongest, funniest and most exhilarating since Hal Holbrook's Mark Twain." He later went on to write and co-star in the Sundance-selected short Good Night Valentino, a movie about Mencken and Valentino’s unlikely friendship. In his film career, John has worked with Mike Nichols, Woody Allen, Paul Greengrass, Alan J. Pakula, Anthony Minghella, Penny Marshall, and many other great directors. He has been in over a hundred films—among them, Sophie’s Choice, Ghostbusters, Gettysburg, Prime, United 93, and The Devil Wears Prada, as well as many independent films that have been seen at Sundance, Venice and Tribeca. He stars in Laurie Simmons’ film My Art, now available on Amazon.

John was a series regular on ABC's Birdland, and is a star of Tig Notaro's Amazon Prime series, One Mississippi, streaming on Amazon Prime. He has guest starred and had recurring parts on many TV series in including at present Law and Order: SVU.  He received a Emmy Award for his contributions to mini series "Separate But Equal" with Sidney Poitier. And a Boston Society of Film Critics award for Best Ensemble cast in United 93. He makes his home in New York City, where his wife, Susan Bolotin is the publisher and Editor in Chief  of Workman Publishing, his daughter a senior editor at Time Magazine and his son Noah Rothman is a partner at Canopy Media Partners. He manages actors and writers and is a film producer.. John serves on the New York board of SagAftra and on its  TV/Theatrical negotiating committee. He is a lifetime member of The Actors Studio, as well as a member of the Ensemble Studio Theater and The Actors Center.