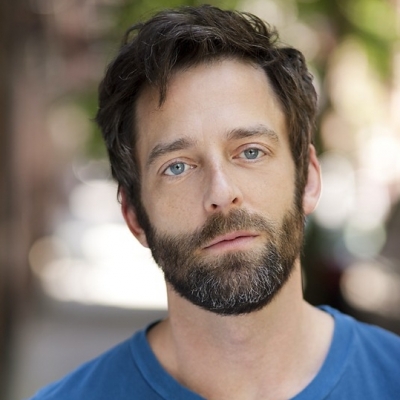 KEN BARNETT is an actor, director, and teacher in NYC.

As an actor, he has appeared on Broadway in Fun Home, Wonderful Town, and Julie Taymor’s The Green Bird. Off-Broadway work includes America is Hard to See at HERE, The St Vincent’s Project at the Rattlestick, The Debate Society’s The Light Years at Playwrights’ Horizons; Plenty, Fortress of Solitude, and February House at the Public Theater; Nicky Silver’s Too Much Sun at the Vineyard; La Ronde at HERE, for which he won a Fringe Award for Best Actor; Debbie Does Dallas at the Jane Street; and The Whore of Sheridan Square at La Mama, earning him a NYIT Award nomination for Best Featured Actor. Regional theatre favorite roles: Neville in The Waves, Elyot in Private Lives, Austin in True West, Monty in Gentleman’s Guide to Love & Murder (CT Critic’s Circle Award/San Diego Critics Circle Nomination), Peter Pears in February House (CT Critics Circle Award), Brandon in Next Fall, Burton in Burn This, and Frank in Merrily We Roll Along.

On television, Ken has performed on "Godfather of Harlem”, “The Good Fight”,“American Crime Story: Versace”, “Mozart in the Jungle”, “House of Cards”, “High Maintenance”, “The Knick”, and “Mad Men”, among others. He has appeared in films such as Lavender (premiering at Sundance 2019), The Man in the Blue Shirt, Radio Killer, Admission, People Like Us, Color Me Olsen, Puccini for Beginners (Sundance 2006), and The Producers.

Ken has directed productions in NYC and LA, including productions of Diana Son’s STOP KISS and Diana Arnold’s original solo work, AT THE TABLE.

Ken is a teacher and practitioner of Dreamwork for Actors, having studied in Los Angeles for many years with his mentor, Kim Gillingham.  For more info: www.kenbarnett.net & @kbnyc