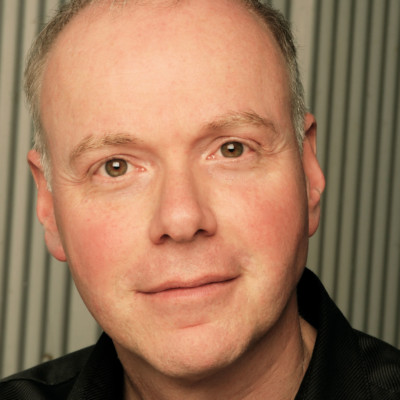 Ken has been acting professionally since moving to NYC over 30 years ago. He has also been seen playing jazz piano in various clubs around town such as The Duplex and Don’t Tell Mama’s, written and performed sketch comedy at the West Bank Cafe, directed plays as an early member of the Manhattan Class Company, and taught Chekov scene study as part of the faculty of the National Theatre Institute in Waterford, CT. He received the Bay Area Circle Critics Award for his portrayal of Ellard Simms in the West Coast Premiere of The Foreigner, directed by Jerry Zaks, the Charles Bowden Award for Acting Excellence from The New Dramatists, and is a Drama Desk Award winner as part of the Ensemble for David Hare’s Stuff Happens at the Public Theatre. He made his Broadway debut as Michael in the Tony Award winning Dancing at Lughnasa, initially as the understudy for the heralded Irish Company and then thrillingly stepping into the role as part of the newly formed American Company when the original ensemble returned abroad. He played Bill Austin in the original production of Mamma Mia!, the first show to open on Broadway after 9/11; he was the last Wilbur Turnblad for the final Broadway year of Hairspray opposite George Wendt and later the great Harvey Fierstein; and played Uncle Ben in Julie Taymor’s Spider-Man: Turn Off the Dark, all three and a half complicated years of it. Other Broadway credits include, Present Laughter, After The Fall, Spring Awakening, Tom Stoppard’s Rock 'n' Roll, and as Francis the Poet in Airline Highway by Lisa D’Amour. The highlights of his many productions Off-Broadway would certainly begin with creating the role of Charlie in the award winning play, Bethany, written by his wife, Laura Marks, which they joyfully premiered together in 2013 at The Women’s Project; also as the Colonel in the original production of Father Comes Home From The Wars (Parts 1, 2 & 3) by Suzan-Lori Parks at the Public Theatre; his collaboration with David Cromer on two projects at Barrow Street: Orson's Shadow by Austin Pendleton, playing Larry Olivier, and the much acclaimed and long running Our Town, in the role of Editor Webb; and in 2018 he was seen at BAC in 217 Boxes of Dr. Henry Anonymous, written by his friend and frequent collaborator Ain Gordon. Other off-Broadway roles include the original production of Tony Kushner’s A Bright Room Called Day at the Public, When They Speak of Rita directed by Horton Foote at Primary Stages, The Parents Evening by Bash Doran at the Cherry Lane, The Internationalist by Anne Washburn at the Vineyard, and Stage Kiss by Sarah Ruhl at Playwrights Horizons. Ken has played lead roles at The Seattle Rep, ACT, the Mark Taper Forum, ART, The Huntington Stage, The Alliance Theatre, Yale Rep, the Long Wharf, and spent many marvelous summers at the National Playwrights Conference in Waterford, CT. On television he has had recurring roles on The Tick, Elementary, and The Exorcist, and has guest starred on Law & Order, Law & Order: SVU, Blue Bloods, The Good Wife, Royal Pains, The Knick, Madam Secretary and Billions. On film he has been featured in Bad Bride and Blood Stripe, also The Wackness, Confession, Step Up 3D, Henry's Crime, and Side Effects. He is a graduate of Northwestern University, and has an MFA from the Yale School of Drama.  He and Laura live in Brooklyn with their two amazing daughters, Eleanor and Clarissa.