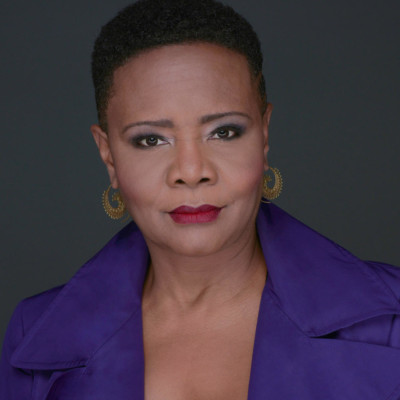 Tonya Pinkins is a Tony award-winning actress, singer, author, activist and educator. She portrays Susan Thompson on Madame Secretary, Ethel Peabody on Gotham on FOX TV, Miz Mimi Corcoran on Hulu's 11/22/63 and Sandra on Scandal. Recent film credits include My Days of Mercy and The Book of Henry.

Tonya recently appeared in Rasheeda Speaking (Lortel and Outer Critics Circle Nominations) opposite Dianne Wiest at The New Group. Other Off-Broadway Credits include Milk Like Sugar, Hurt Village, Shakespeare in the Park: All's Well That Ends Well, The Merry Wives of Windsor and Measure for Measure.

Her book Get Over Yourself: How to Drop the Drama and Claim the Life You Deserve has been changing lives since its publication in 2006.

She was Heather Dalton on CBS's As The World Turns and Livia Frye Cudhey on ABC's All My Children. Other screen credits include 24, Army Wives, Law and Order and The Strain.