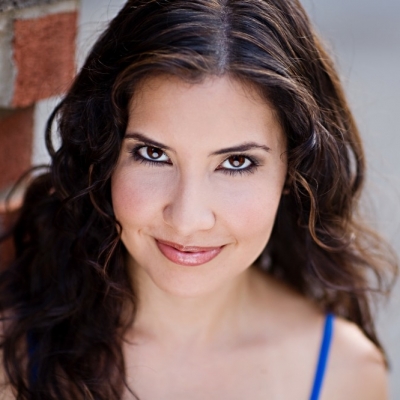 Adriana Gaviria is an actress, voice-over artist, writer, director, advocate and creative producer. She is founding member and artistic producer of The Sol Project and lead producer for SolFest. She previously worked as associate producer for Livin' the Dream web series, and as a HowlroundTV producer and World Theatre Map ambassador for HowlRound. Adriana serves on the 50 Playwrights Project National Advisory Board, the FIU Theatre Alumni Advisory Board and on the steering committees for both the Parent Artist Advocacy League and Latinx Theatre Commons, which was awarded the Peter Zeisler Memorial Award at the TCG National Conference in 2017.

Adriana has also appeared in a variety of commercials as well as on television and film. Her television and film credits include "Person of Interest," "Law & Order: CI" and "Sueños." Her passion for working with youth and young adults have led her to volunteer with literary arts organizations such as Young Playwrights Inc., The 52nd Street Project and BookPALS.

Awards include the Los Angeles Theatre Centre/Andrew W. Mellon Artistic Leader Fellowship, Fox Fellowship and National Hispanic Foundation for the Arts scholarship. She recently participated in Cornerstone Theater Company's 2DI in Los Angeles, an intensive training in creating theater with and for communities. She is a graduate of the 2017 National Association of Latino Arts and Culture (NALAC) Leadership Institute and the 2018 NALAC Advocacy Leadership.

Ms. Gaviria received her BFA from Florida International University and her MFA from the Yale School of Drama.