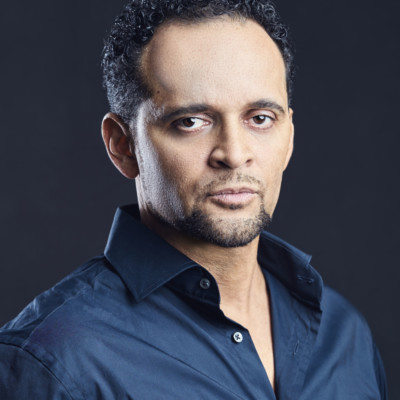 Currently, I am collaborating with writer/performer Dael Orlandersmith and choreographer Alexandra Beller on a solo play, Antonio’s Song: I was Dreaming of a Son. The play wrestles with the ideas of being a parent, child, partner, forgiveness, with a dash of race and sexuality while asking an audience to examine their own history and to reach for empathy and self love in the face of abhorrent behavior.

International/Regional: Leandro in the international tour of The King Stag, directed by Andrei Serban and choreographed by Julie Taymor; The Night is a Child (Milwaukee Rep.); A Midsummer Night’s Dream, Taming of the Shrew, The Tempest, Julius Caesar (Commonwealth Shakespeare Company); Havana is Waiting (Cincinnati Playhouse in the Park); Spinning into Butter (St. Louis Rep.); Idiots Karamazov (American Repertory Theater).

Television: Elementary, several episodes of Law and Order, The Good Wife, Rookie Blue, Person of Interest, One Life to Live, and As the World Turns. HBO: Flight of the Conchords and Curb Your Enthusiasm. USA Network: Stan the Orderly (recurring role) on Royal Pains.