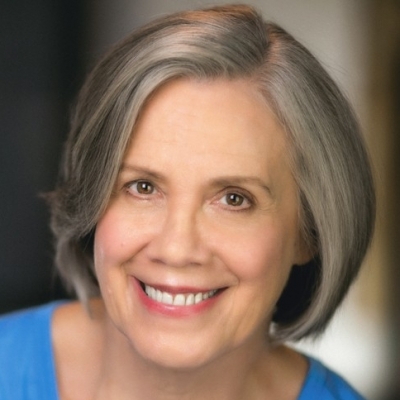 Theatre highlights include long runs in: The Club at Circle in the Square, directed by Tommy Tune (OBIE award for performance); Charles Busch’s record-breaking hit, Vampire Lesbians of Sodom; and playing Diana Vreeland in Mary Louise Wilson’s one-woman show Full Gallop, Off-Broadway at the Westside Arts Theatre & in the national tour, among others. On Broadway she stood by for Dame Diana Rigg in the National Theatre of G. Britain’s production of The Misanthrope and appeared with Anne Jackson & Eli Wallach in the national tour of Waltz of the Toreadors. She has appeared in regional theatre in 24 states in plays such as All’s Well That Ends Well, Lettuce & Lovage, Pride & Prejudice, The Retreat from Moscow, The Subject Was Roses, Medea, Three Tall Women, Dancing at Lughnasa, The Real Thing, A Day in the Death of Joe Egg and Damn Yankees, among others. Film work includes Next Stop, Greenwich Village, The Bell Jar, The Brass Ring, Hank Boyd is Dead and Love, Repeat (currently in post-production, to be released). She has appeared in NYC theatre festivals such as the Fresh Fruit Festival, the Frigid Festival and most recently The Fire This Time. Her work also includes commercials and voice-overs. www.carolemonferdini.com.