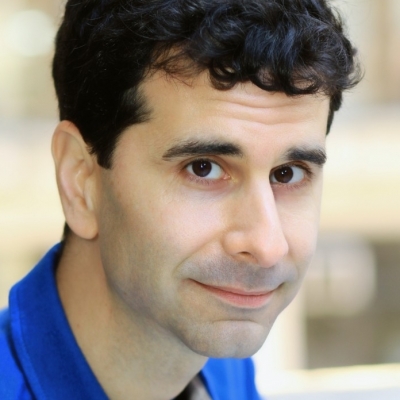 John Cariani is an actor and a playwright. He recently appeared on Broadway as Itzik in the Tony Award-winning musical, The Band’s Visit. Other Broadway credits include Nigel Bottom in Something Rotten! (Outer Critics Circle nomination), and Fiddler on the Roof  (Outer Critics Circle Award; Tony Award nomination). On film, he has shared the screen with Robert De Niro, Christopher Walken, and Ed Asner. On television, he’s probably best known for his recurring roles on Law & Order, Numb3rs, and The Onion News Network. As a playwright, John is best known for his first play, Almost, Maine, which premiered at Portland Stage Company in 2004, opened Off-Broadway in 2006, and has since become one of the most popular plays in the United States and around the world, having been translated into over a dozen languages. Other plays include Last Gas and LOVE/SICK, both of which have had several professional productions across the country and around the world. Originally from Presque Isle, Maine, John is a graduate of Amherst College and now lives in New York City.