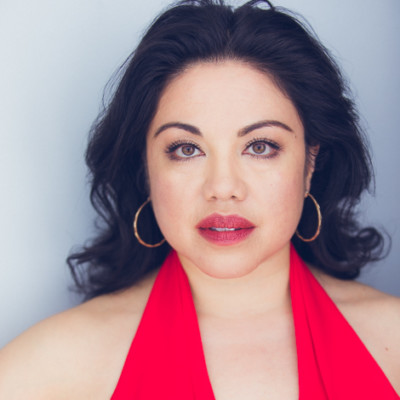 MARIA-CHRISTINA OLIVERAS  is an actor, singer, and educator whose career spans theater, film, television and voice-overs. Dedicated to new works, her career is distinguished by her transformational character work in a number of world premieres.  Upcoming film/tv projects include NCIS:NOLA and the short film, Matthew.

Maria-Christina is also the founder of (in)spira collective, an Associate Artist and Board Member of The Civilians, and member of  the National Alliance of Acting Teachers and The Actors’ Center Workshop Company.  She is an alumna of The Lark Playground and New Dramatists’ Composer-Librettist Studio, both dedicated to new works’ development and collaboration. Maria-Christina has also served as a panelist and reader for various fellowships and programs including Sundance Institute, the Lark Play Development Center, New Dramatists, and Back to the Future/History Matters. She is the recipient of New Dramatists’ Charles Bowden Acting Award and the St. Ursula Award for Distinguished Career Achievement.