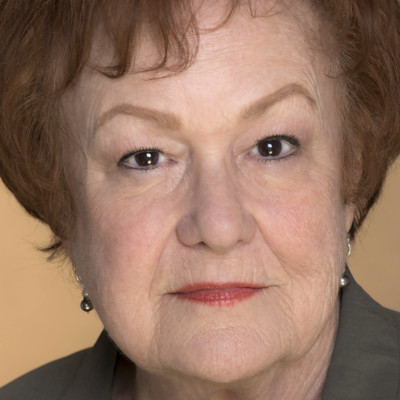 Native New Yorker and  Bi-Coastal Actress, Ms. Dunlap is a veteran of 40+ years working in Film, TV and Theatre.

Well Known for recurring on Mad Men as Pauline Francis, Betty Draper’s nightmare of a Mother-in-law.  Rolling Stone named her one the series most memorable characters. Pamela is also fondly rememered as Lilly the Bar Maid at the Regal Begal in Three’s Company.  Other favorite recurring roles are Dianne on HBO’s Doll and Em, and Gilda Rockwell in Commander in Chief.

Notable film work includes the soon to be released The Goldfinch, The Kitchen, in addition to The Changeling, I am Sam, and The War of the Roses.

Pamela was most recently seen on stage in the OSF production of Roe by Lisa Loomer, directed by Bill Rauch at the Arena Stage and Berkley Rep. She has created roles on Broadway, off Broadway, Off Off Broadway and Regional Theatres from Maine to Los Angeles. Pamela was a member of Circle Repertory’s acting company, and created the role of Agnes in A.R. Gurney’s final play LOVE AND MONEY at Signature Theatre in New York.

Ms. Dunlap is a graduate of the Neighborhood Playhouse, where she studied with Sanford Meisner.