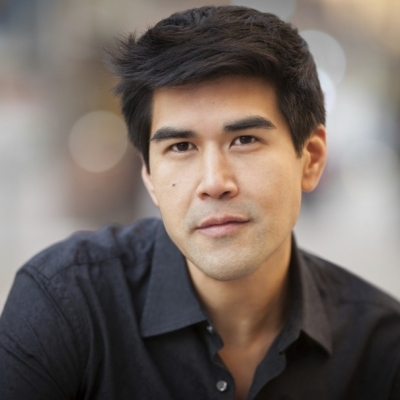 Pun Bandhu has worked on Broadway, Off Broadway, in TV and Film. He was seen on Broadway in Wit starring Cynthia Nixon and has worked Off Broadway with Primary Stages, Ensemble Studio Theatre, The Public Theater and Playwrights Horizons among others. He has collaborated on world and regional premieres with playwrights such as AR Gurney, Theresa Rebeck, Chay Yew, Chris Chen, Max Posner and John Pielmiere and directors such as David Cromer, Daniel Sullivan, Chris Ashley, Lee Sunday Evans and Emily Mann.

He has guest-starred on TV series including Gotham, Blue Bloods, Blindspot, House of Cards, Difficult People, The Good Wife, Nurse Jackie, and Law & Order among others. In films, he can be seen in the Academy Award- nominated films Michael Clayton and the Coen Brother’s Burn After Reading.

Upcoming films include Can You Ever Forgive Me? starring Melissa McCarthy and The Torture Report, starring Adam Driver and Annette Bening.

Pun is the recipient of the Colorado Theatre Guild’s Henry Award for Best Supporting Actor and New Dramatists’ Bowden Award for his distinguished collaboration on new works. As an advocate, Pun started the AA Filmlab’s Asian American 72 Hour Film Shoot Out, a shorts competition to encourage Asian American stories which has since been sponsored by companies such as MTV on a national level. He also co-founded the Asian American Performers Action Coalition (AAPAC), an advocacy group for Asian artists that publishes the only publicly available statistics on ethnic representation on stage.

Pun also produces theatre and film through his company ZenDog Productions. He has spoken on numerous panels, served as an adjudicator for playwriting and festival competitions, and has been featured in periodicals such as The New York Times, Variety, Fast Company and American Theatre magazine as well as being listed in Playbill’s Who’s Who on Broadway.

He lives in NYC and just got a golden retriever puppy, Bodhi (which means “understanding the true nature of things” in Sanskrit). In his spare time, he volunteers at organizations like the 52nd St Project and serves on the advisory board of the Yale School of Drama.