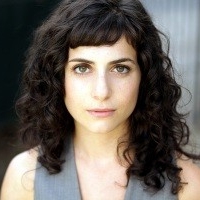 Sarah Baskin is a Brooklyn based actor with an affinity for developing new work and the collaborative process of making things. Sarah has worked Off Broadway, including productions at the Roundabout, 59E59, Urban Stages, and with several downtown theatre companies. Regionally, she has performed at Portland Center Stage, American Repertory Theatre, Gulfshore Playhouse, and The Theatre Center in Toronto. On the film and television front, Sarah has been seen recently on “The Marvelous Mrs. Maisel”, “Divorce”, and “Blindspot”. She is committed to independent cinema, most recently starring in Malaisia (dir. Mac Cappucino). Other film appearances include Thanks For Sharing and the experimental films 39 and a Half  and The Lives of Hamilton Fish. Sarah is a creative producer for the award winning production company Subway Token Films, with whom she wrote, produced, and starred in the short-film iHEART (dir. By Felix Solis). Sarah is a company member of Virago. Alongside acting, Sarah is also an experienced acting teacher, heading up the New York studio for Anthony Meindl’s Actor Workshop. Sarah holds an MFA in Acting from ART / MXAT at Harvard University.