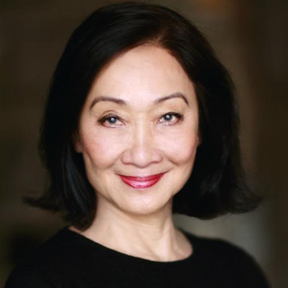 More recently, Tina starred in Albert M. Chan's award- winning short film Descendants of the Past, Ancestors of the Future, for which she received the 2015 Best Actress Award given by the NYC Downtown Short Film Festival and a Best Actress nomination by Asians On Film. She worked again with Bertha Bay-Sa Pan in Almost Perfect (opposite Kelly Hu, Roger Rees), and with Derek Nguyen in his short film The Potential Wives of Norman Mao (narrated by George Takei).

She has starred in various television programs and specials, including Lady From Yesterday; The Ghost of Flight 401; Paper Man; and The Final War of Olly Winter (opposite Ivan Dixon), for which she earned an Emmy Award nomination; and she has guest-starred opposite Anthony Quinn, Burt Reynolds, Stefanie Powers, Wayne Rogers, Kim Basinger, David Carradine, Dean Stockwell, and many others.

On stage, Tina has played leading roles in numerous productions on and off Broadway, including The Joy Luck Club, Arthur & Leila, A Midsummer Night's Dream, and The Year of the Dragon. She played a Japanese war bride in Santa Anita '42, Blanche DuBois in A Streetcar Named Desire, a matriarch in David Henry Hwang's Family Devotions, a proud Korean grandmother who is trying to forget her past in Comfort Women, a high-class madam in The Shanghai Gesture, and the title role in Empress of China, among others.

She has directed a number of plays, including Kokoro/True Heart, Tea, and Fairy Bones, the New York stage debut of Lucy Liu. On Broadway, she co-produced Peter Nichols' Passion starring Frank Langella, and received a Drama Desk Award nomination as part of the producing team for Terrence McNally's The Rink starring Chita Rivera and Liza Minnelli.

Tina is often invited to give her lecture, Heroes of History: Legacy of My Chinese Family, with 158 pictures. It is about three generations of her mother's family and their contributions to Chinese history. In the presentation she talks about her great- grandfather who was Governor General of seven provinces under three emperors and one empress in the Ching dynasty, her grandfather who was one of the founders of the Republic of China and later became the fledgling country's first Premier, and her mother who also did something special for China.

Tina composed the music to the Christmas song "This Tree" (lyrics by Ruth Wolff), which premiered with the Hong Kong Children's Choir at its Silver Jubilee, and flute music for Pan Asian Repertory's production of Fairy Bones. Her other songs include "Mother Life," (lyrics by her) "Words Never Said," (lyrics by Diane Winslow) and a Hanukkah song called "Eight Nights" (lyrics by YiLing Chen-Josephson). Her songs have been presented at Mirror Rep. Co. in Greensboro, Vt. and at Urban Stages in NYC. She is currently at work on a musical.

While pursuing her show business career Tina worked for over a decade in the Serology & Genetics department at the New York Blood Center. She co-founded Food Liberation, one of the first health food stores in New York City. She was also a founding member of Women's Project Theater under Julia Miles. An honorary advisor for the Pan Asian Repertory Theatre, Tina is also on the National Council of the Aspen Music Festival & School, and volunteers for Lighthouse International as a reader for the sight impaired